This is the way it should work

Well today I was “in the zone” as they would say. I was working on a paper I had to do for class. I have my windows and Linux box set up to share 1 keyboard and mouse over my local network. And while working on the paper, I forgot that the keyboard and mouse were physically attached to the Linux box and not the windows box I was working on. That is how seamless it was, that is how computer technology should work, it should work so well and so closely together that one can forget it is there, or that there is a physical device between the devices. For me when I sit down to my windows and Linux box it is just as if I have 1 computer, 1 mouse, 1 keyboard and 2 screens that are running 2 different systems and I can just jump between the two with out stopping my work and use them as if they are almost 1. Now the only thing that we need is the ability to drag a window from one system to the other and we will be set. 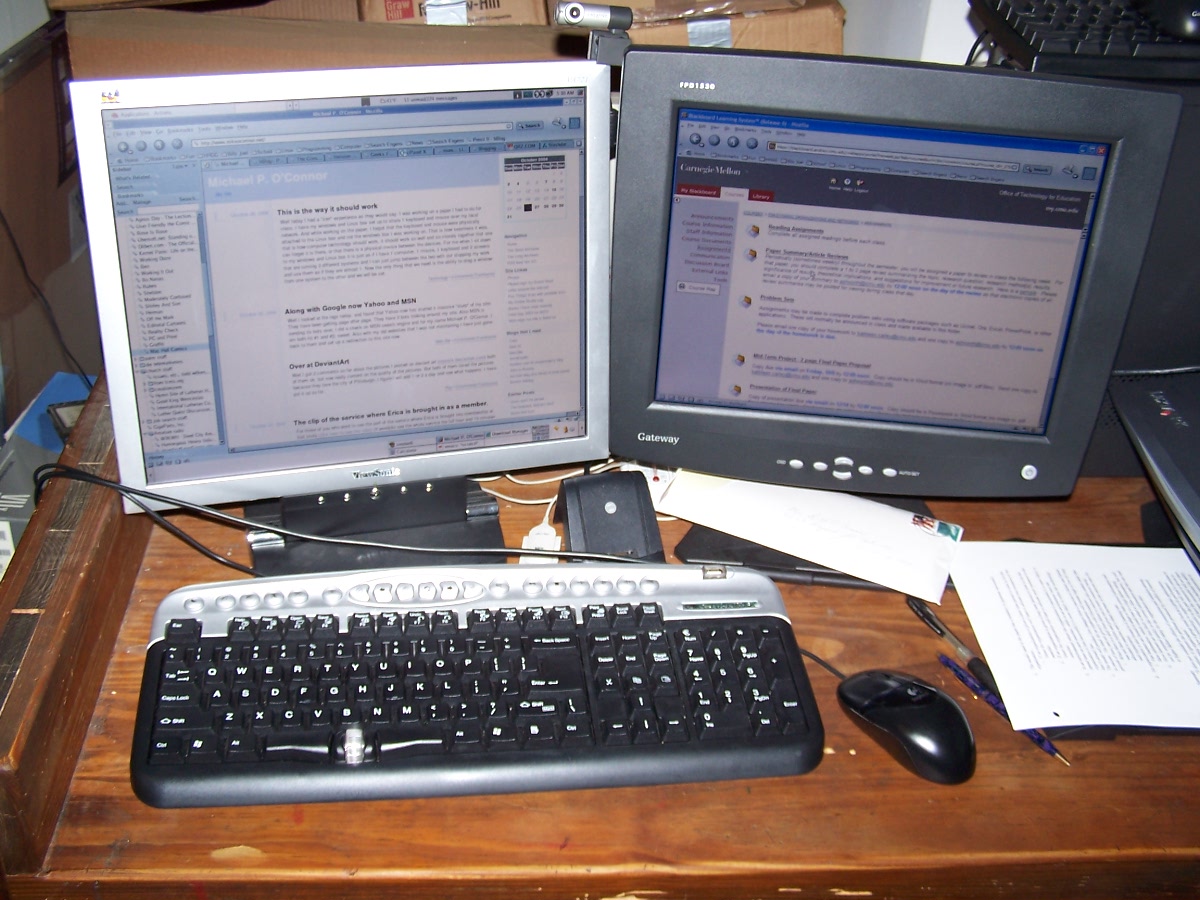