Watch “Police Arrest Protester Demanding We Reopen The Economy, Thousands Line Up For Food Due To Shutdown” on YouTube // Police declare 1st amendment is non essential

Papers please. We are going down the road of athlritism fast.

We don’t deserve liberty any more.

It was once said a people that will trade liberty for security deserve neither and will have neither. Now with the pandemic scare many Americans are cheering all these lock down orders. Pastors are being arrested people cheer because it “not safe” to go to church. Churches are being forced to close (and in NYC they may be forced to close forever according to their major) people cheer as it “only common sense” for the “safety” of the people.

The first amendment protections of “freedom of religion” and to “peaceably assemble” are now illegal under many states EO (the state I reside in being one of them MD, hell it even illegal now to travel outside of MD, or face a year in jail and $5000 fine) And people cheer, “oh bring me safety from this virus”

When this is all done and said, and we have lost the 1st amendment people will wonder why, this is why they cheered for “common sense” loss of freedoms, is this the world we want to live in?

I wonder for how long even this blog post will be legal for, I am sure some governor might make an EO for “common sense” reasons that to speak out against them is not in the interest of “public safety” You have those on the left that claim words are violance, I am sure they could use that “logic” to ban “undesired” speech too, and people will cheer as they are safe from ideas they don’t like.

Google get grilled on their hate for conservatives

by Michael O'Connor
Categories: Politics
Comments: Comments Off on Google get grilled on their hate for conservatives
Published on: June 27, 2019

I been injoying this as of late

by Michael O'Connor
Categories: Vaping
Comments: Comments Off on I been injoying this as of late
Published on: June 26, 2019

I have been vaping for a while and I love this RDA and this is my favorite flavor it is Blue Raspberry Slushie. 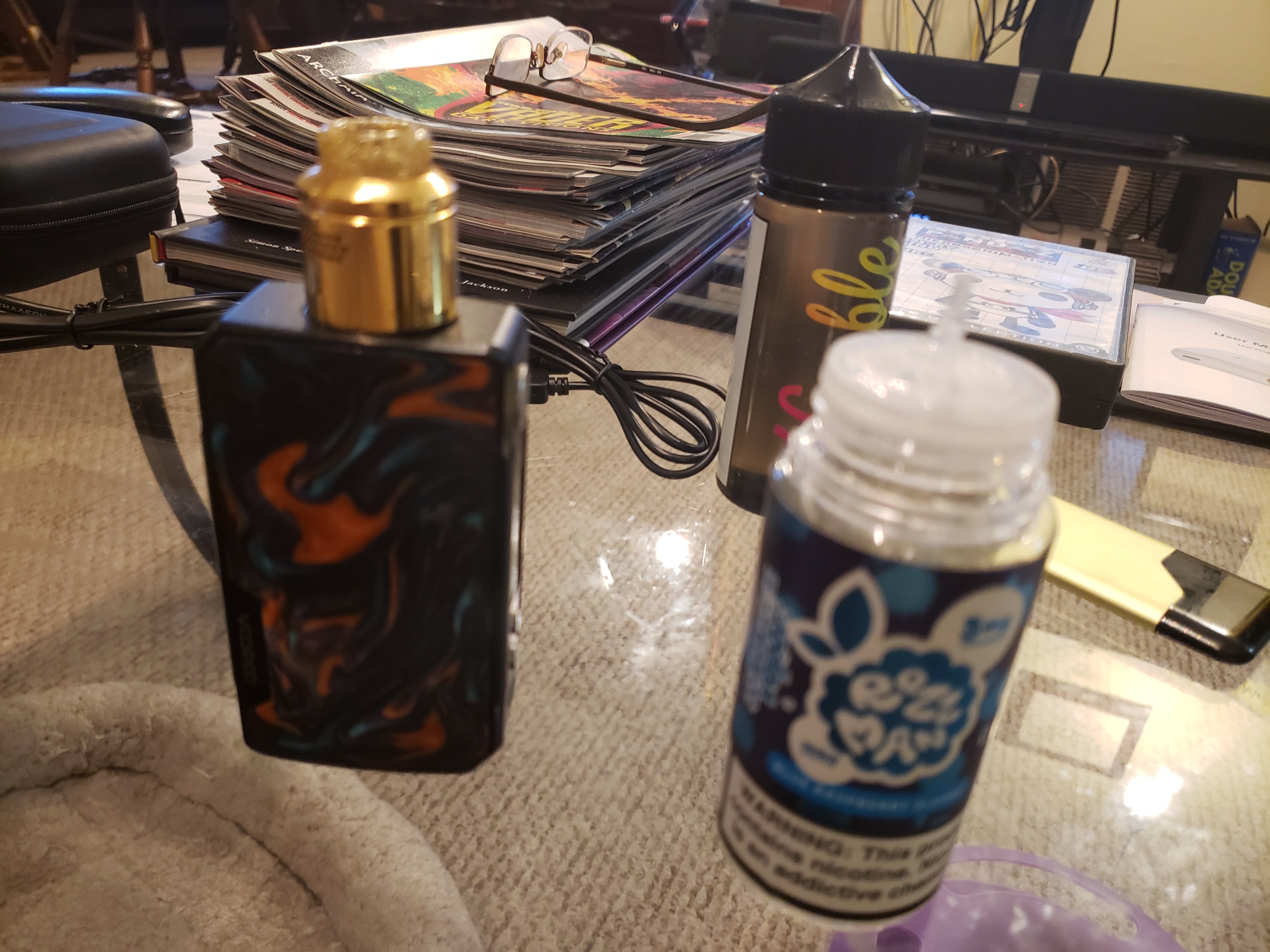 Got this today at work.

by Michael O'Connor
Categories: Work
Comments: Comments Off on Got this today at work.
Published on: June 26, 2019 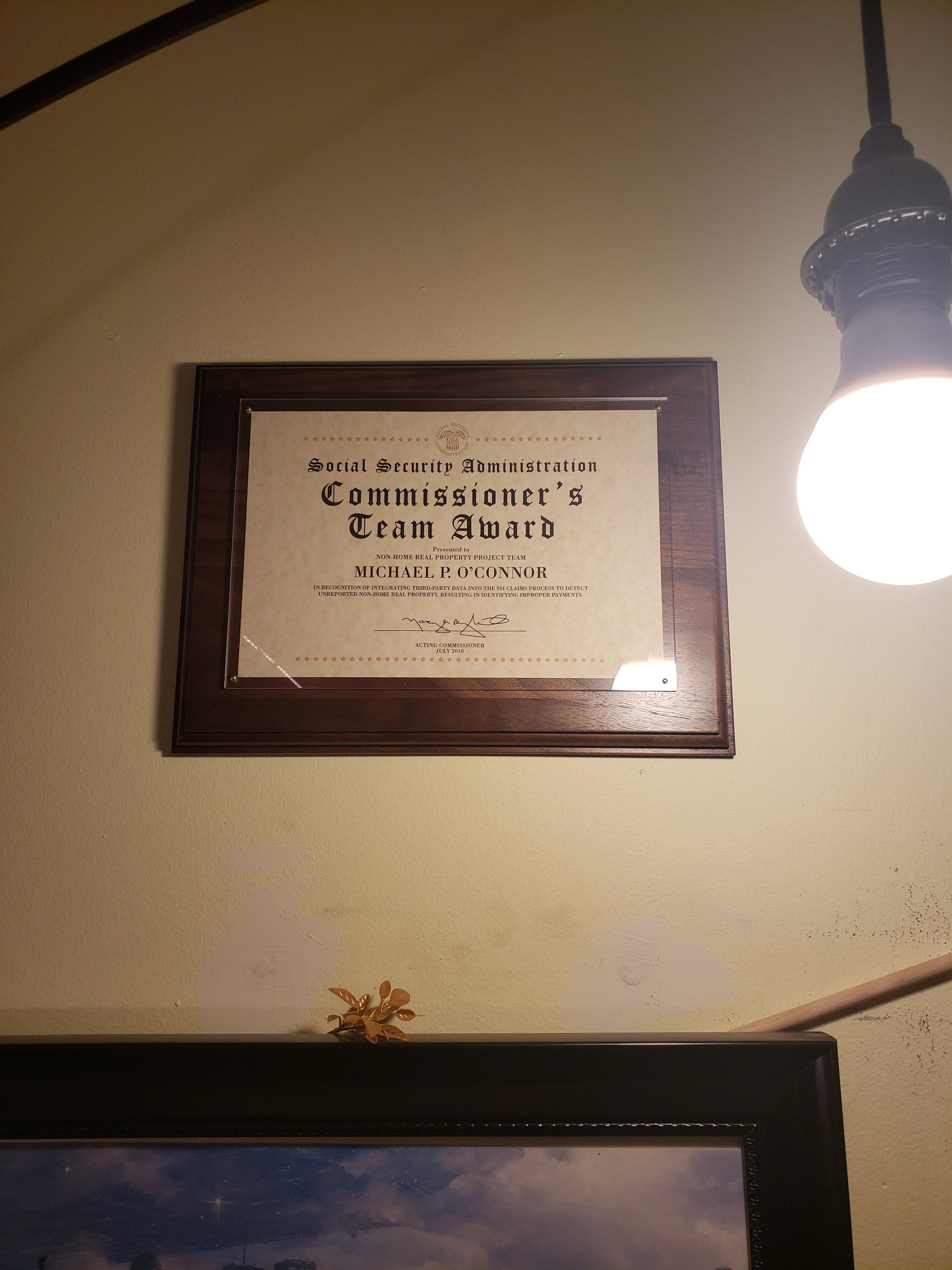 by Michael O'Connor
Categories: News, Politics
Comments: Comments Off on This is where I been getting a lot of my news/news commentary as of late
Published on: June 25, 2019

Here is his bitchute channel (linking this instead of youtube, incase youtube decides to retaliate against Tim)

I got to be careful as or this blog will just be reposting of Tim Pool videos.

by Michael O'Connor
Categories: Web Site
Comments: Comments Off on Testing an phone app to post here
Published on: June 25, 2019

The title says it all, I will be posting here more often outside of the Facebook and Twitter censorship, no I never been blocked for anything but I seen many others being unpersoned, er deplatforming as they call it.

Google wants to be dictator!

by Michael O'Connor
Categories: Politics, Technology
Comments: Comments Off on Google wants to be dictator!
Published on: June 24, 2019

Tim Pool gets Censored this is wrong.

by Michael O'Connor
Categories: Politics
Comments: Comments Off on Tim Pool gets Censored this is wrong.
Published on: June 15, 2019

Here is a follow up video that he posted about it

Why I will not get a google “game console”

by Michael O'Connor
Categories: Games
Comments: Comments Off on Why I will not get a google “game console”
Published on: March 11, 2019

There is a lot of talk about google entering the game console market, and they are “going to be the netflix of gaming” but I will not be getting a google game console for a variety of reasons.

1) As I posted here https://blog.mikeoconnor.net/2016/04/google-bricks-devices/, google has had hardware that they decided they did not want to support anymore, so instead of just letting it work for those that had spent the $300 on the device they sent out a firmware update to brick the device. And given googles history on killing projects (see https://gcemetery.co/ for a partial list of killed google projects)

2) google will probably try to do it as streaming only. I have an issue with this as I like to have my game physically. Here are some issues with streaming and “all digital” even if you download the game. There was a game on both the PS4 and the Xbox called “Scott Pilgrim vs the world” It was only digital, you can not get the game as the license for it expired and the game is now fully lost to the sands of times. The problem with streaming, is you have to be connected to the internet and have a good connection to the servers. With a local game if the network is loaded you will not have.

3) People seem to be excited for “the netflix of games” I am currently thinking of canceling netflix, and the reason for that can very easly happen to a console that “is the netflix of games” The reason is, netflix was once great, but now that media companies see that it can be profitable, they have over time kept pulling the license away from netflix to start their own streaming services. It is now to the point that I have gone back to cable (Verizon FiOS) as with all the IP removed from Netflix that I wanted to watch, and now it would cost well over $100 just for what I wanted to watch, and cable is only $40 month, I cut the cable all those years ago to save money, but now cable is now cheaper then streaming. So the question is if this starts to be profitable, how many of the “AAA” companies see this and pull away from google to open up their own streaming (you would then loss all your progress for games that get pulled) If you don’t have the physical game for a single player game, that you can not put into a console that is not connected to the internet to play then do you own that game, and the day the servers go down you will never be able to play it again. I like physical copies of the single player games. If it REQUIRE a day 1 patch to play I am not sure I will be able to keep the game for as long as I want. Think about this, you have an old 2600 and cartridges you can still play it, but if it had been a streaming service those games could well all be lost. This issue might not be ween at first, but over a few years the price will go up as companies think they can make money and pull out from Google.

4) Sharing games: with digital games how are you going to share them, this was part of the advertising for the PS4, with a digital game can you share your game? https://www.youtube.com/watch?v=kWSIFh8ICaA I have shared games with friends.

To those that think their pets are service animals (TL;DR they are not)

by Michael O'Connor
Categories: Politics
Comments: Comments Off on To those that think their pets are service animals (TL;DR they are not)
Published on: February 10, 2019

Federal law does not support I can not deal with life animales, but it says some states might have that
https://www.ada.gov/regs2010/service_animal_qa.html

Well MD does not support I can not deal with live animals. (the state I this happen in a lot)
https://veterans.maryland.gov/guide-and-service-dogs/

Note I used .gov sites, not com net or org as any one can get those and put up wrong and false information

(1) is the dog a service animal required because of a disability, and (2) what work or task has the dog been trained to perform.
https://www.ada.gov/service_animals_2010.htm.

If you are pushing your dog around in a baby carriage, it most likely not a Working Dog, and most likely does not meat the definition of a Service animal under the ADA and ADAA

Mind you a Service animal is TRAINED not adopted at a animal shelter or bought a pet store, but TRAINED by professionals, you did not get it as a puppy or kitten.